The forest elephant trail, the mine lake, the edge of the extinguished open pit – these are some of the places visited by guests from Lower Lusatia during their study visit to Eastern Wielkopolska. The Polish Green Network and the Institute for the Green Future invited a German delegation from the coal region for a trip full of exchange of experiences.

Eastern Wielkopolska was visited by a German delegation from the coal region of Lower Lusatia. For three days, they met with stakeholders involved in the transformation of the Polish region and visited places that are key in just transition process of Eastern Wielkopolska. 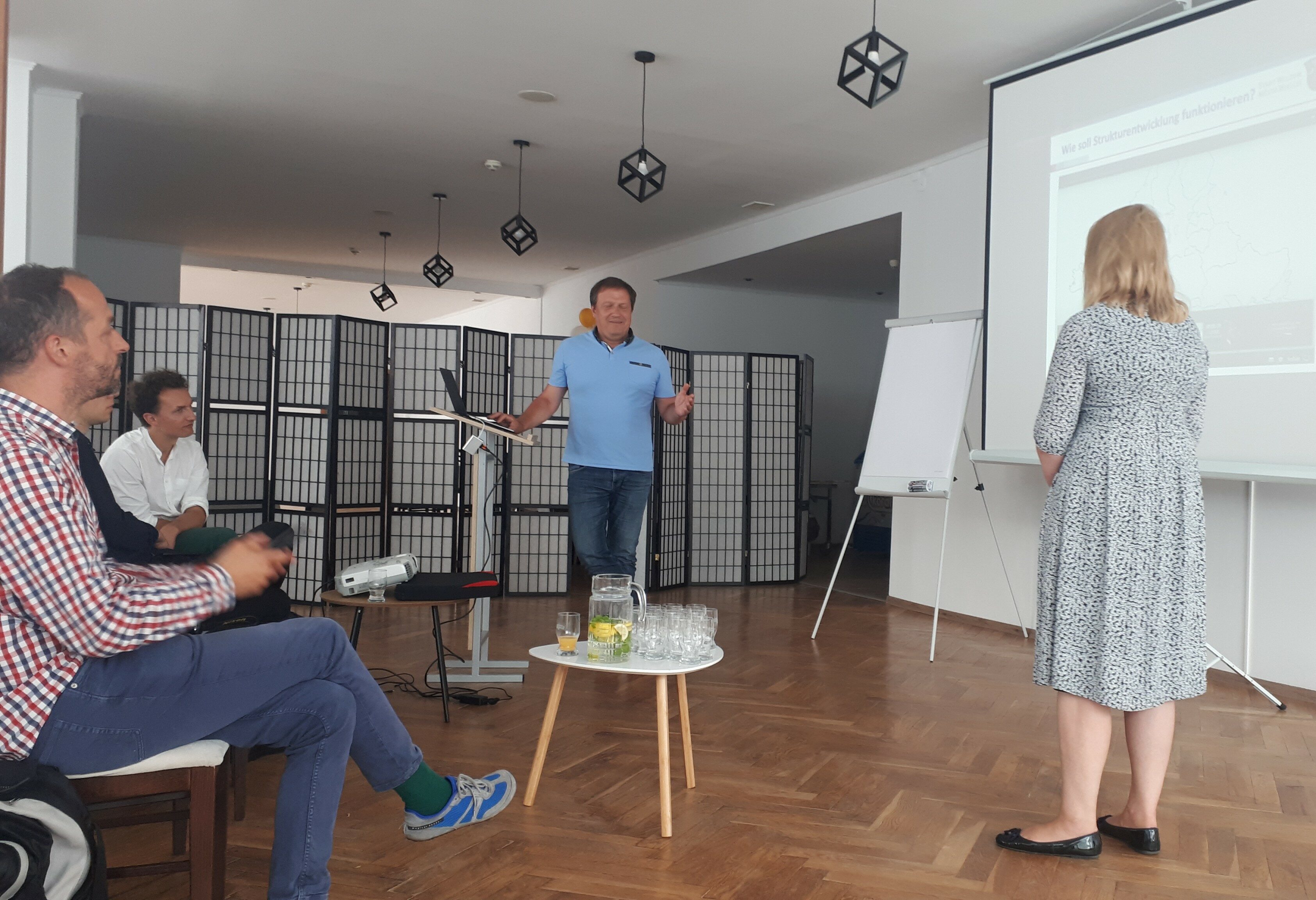 During the visit of the German delegation, the Eastern Wielkopolska Partnership Forum was held. Piotr Czerniejewski from the Młodzi Lokalsi (Young Locals) association talked about his experience of participating in the first meetings concerning the transformation of Eastern Wielkopolska. During these meetings, he pointed out to decision-makers that if money was invested in infrastructure and not in social activities, the region would be depopulated, and especially young people would leave. He emphasized the need to involve young people in the process of planning transition activities and education that will prepare young people for the green professions of the future.

Mateusz Kowalewski, president of the Konin Chamber of Commerce, pointed to the low level of entrepreneurship in the region. The reason for this is the fact that the social structure in Eastern Wielkopolska has been shaped around the mining industry, therefore a relatively low level of entrepreneurship is observed as opposed to the rest of the Wielkopolska region, where small entrepreneurship was the basis. He also emphasized that local governments should put emphasis on educating entrepreneurs through mentoring and advisory programs. In addition, administrative processes should be supported in order to simplify and facilitate the procedures faced by entrepreneurs who want to invest in coal regions and create new jobs.

Steffen Soult, Head of Structural Development for Welzow Commune, presented the financing structure of the transformation measures in the German coal regions. He admitted that communication between the federal level and residents leaves much to be desired because „as locals they got to know from the newspaper what the federal government will do.“ He also said that a vineyard was built in the reclaimed post-mining area near Welzow community, producing seven types of wine. 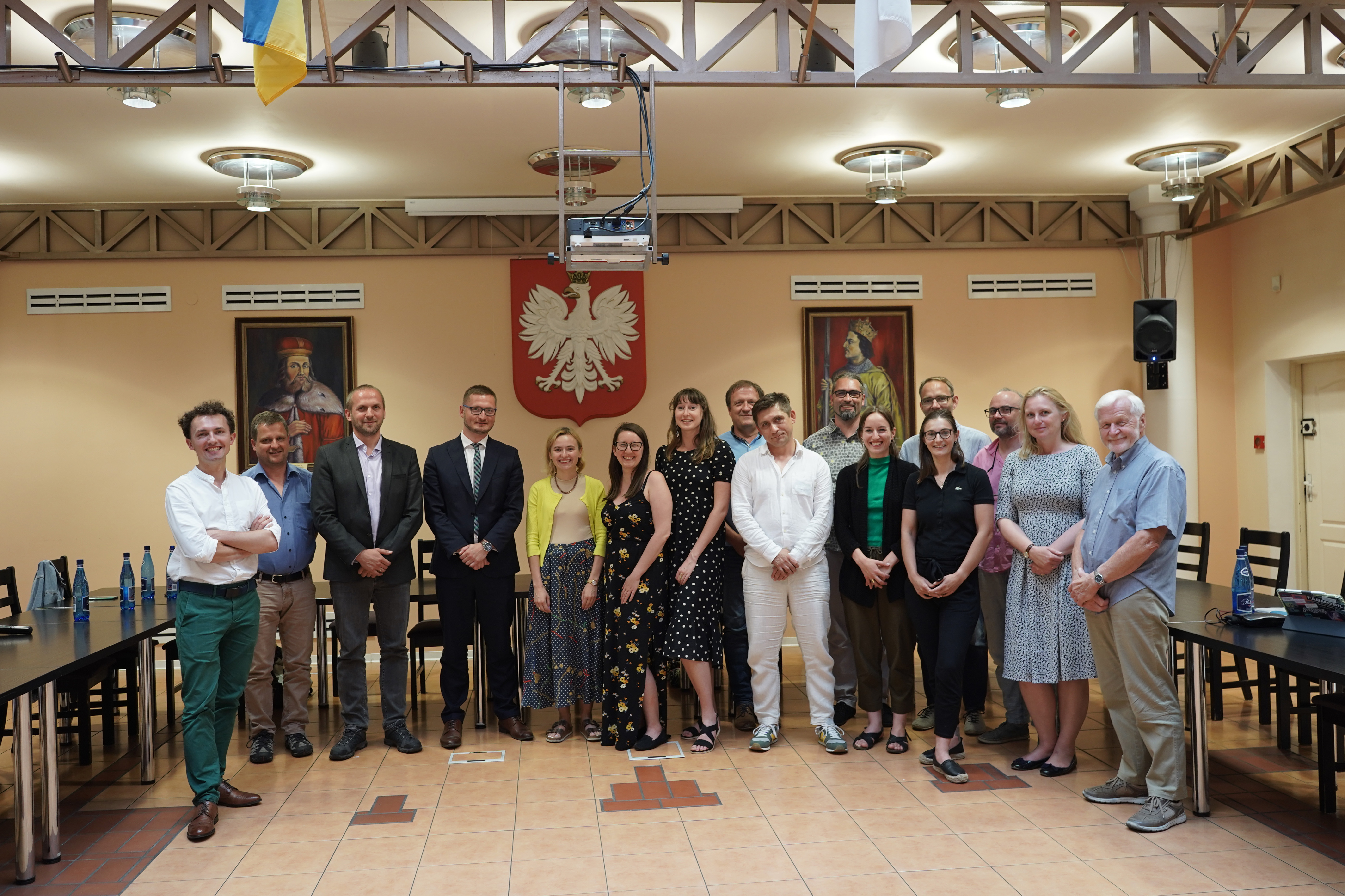 The German delegation also met with Paweł Adamow, vice-president of Konin and Michał Rejewski, coordinator of the just transition area at the Regional Development Agency in Konin. Both presented what the just transition process looks like through the eyes of the local government and the coordinating unit. German stakeholders were impressed that Konin’s local government was efficiently preparing the infrastructure in order to attract investors.

On the last day of the visit, the German delegation visited Malta Kleczewska – a recreational complex that was built on the reclaimed area of ​​an opencast mine. It it the place where in 1984 miners found the remains of a forest elephant, which can still be seen in the local museum. 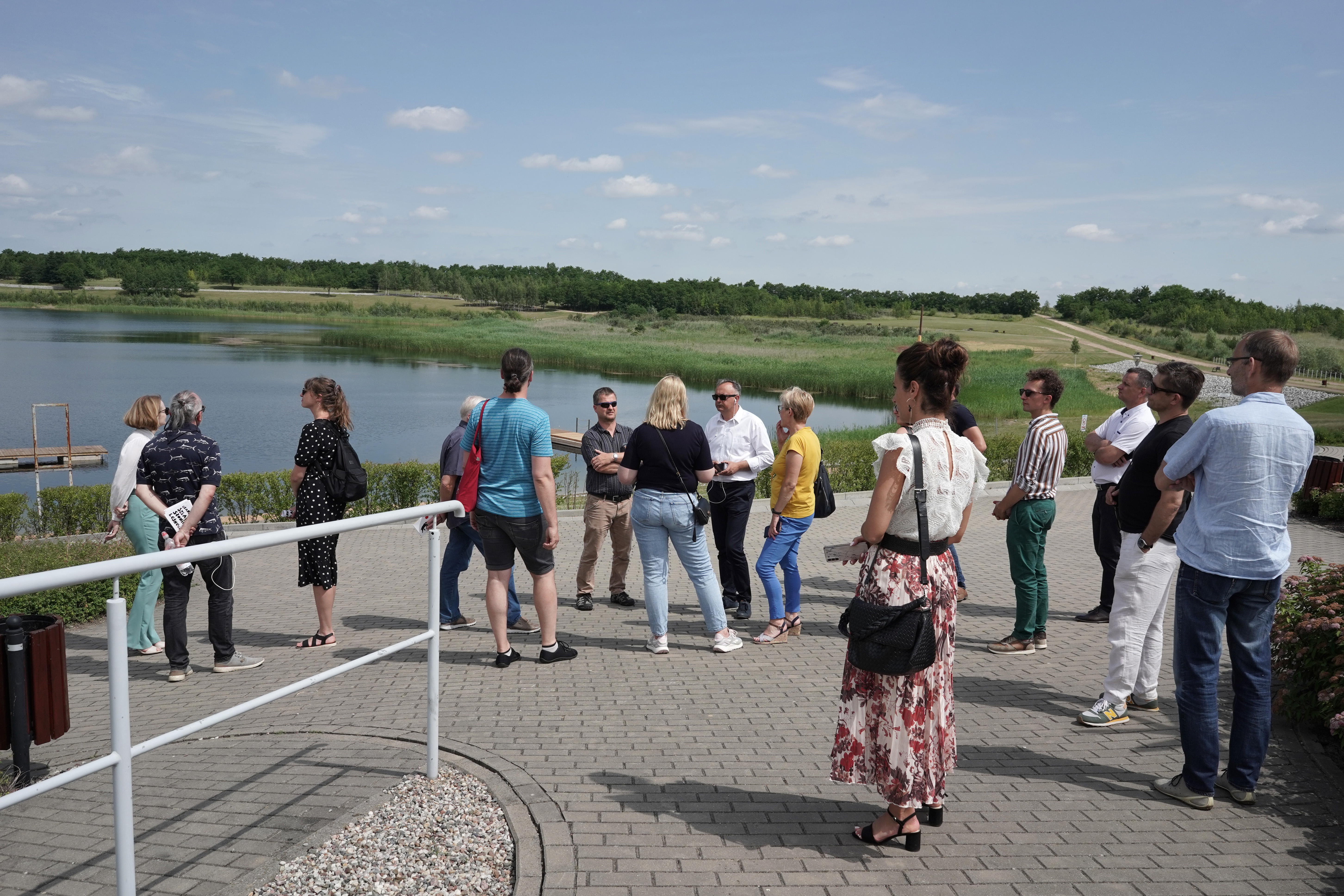 There, the guests met with local officials, incl. with Anna Skórzewska, deputy mayor of Kleczew. During the walk, they talked about the challenges of the region’s transformation. The meeting area itself is not only a local tourist attraction, but also struggles with numerous problems, incl. with water falling in an artificial lake, created in the place of the former open pit. The arrival of German stakeholders was a return visit, as the Polish delegation from Eastern Wielkopolska visited the Lusatia region in April to see how the transformation is going on there. The result of the study visits is an initiative to establish international cooperation by representatives of German coal municipalities. The conclusions of many hours of talks and exchange of experiences are, among others, the fact that the leaders of transition in Poland and Germany are non-governmental organizations that direct local governments and local stakeholders to take appropriate actions.